Gerry Cinnamon is going on tour

The Glaswegian brings his 2020 tour to the outdoor venue on Sunday 21st. 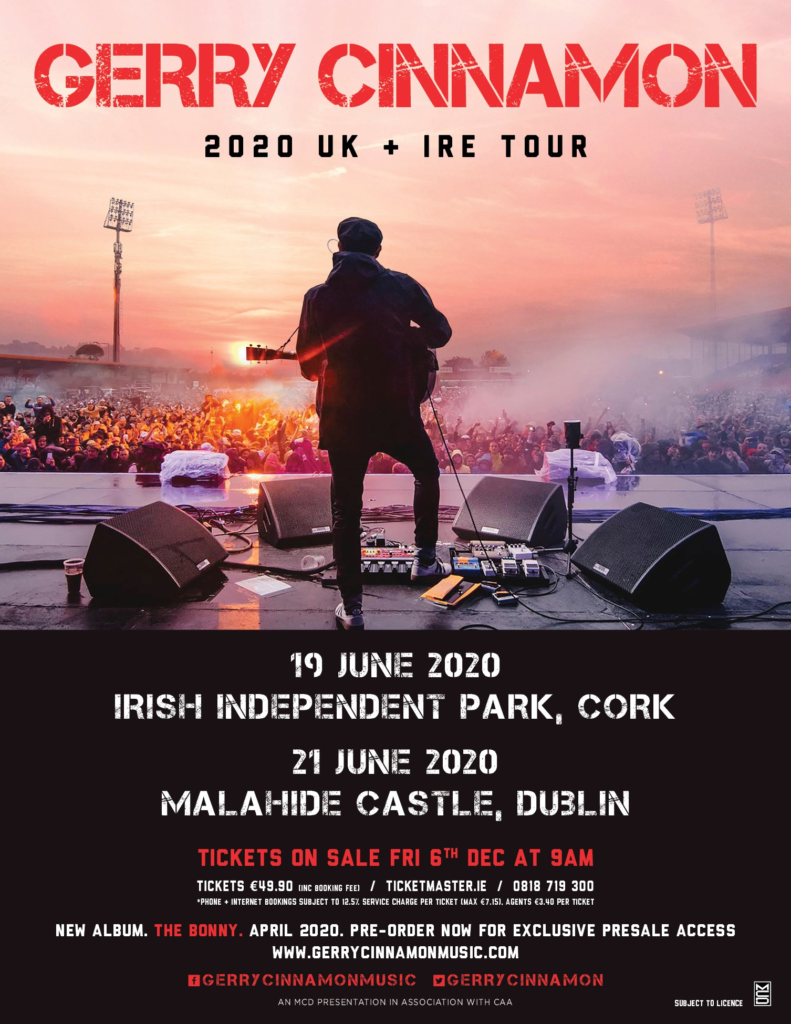 Following a string of dates at the Olympia Theatre earlier this year, Cinnamon's Malahide Castle gig will mark his biggest Irish headline show to date.

He'll also stop off in Belfast and Cork on the Irish leg of the UK and ROI tour.

Tickets go on sale next at 9am on Friday 6th December.