Tickets for those dates go on sale Friday 13th December at 9am.

Thank you so much for tonight Nottingham! I had such a great time. See you again! 😊 X . 📷 by @lucyfosterphoto

The news comes ahead of the announcement that he'll also play Irish Independent Park Cork and Dublin's Malahide Castle.

And no surprise here - both those dates have completely sold out.

Dermot's going to be so busy next year! 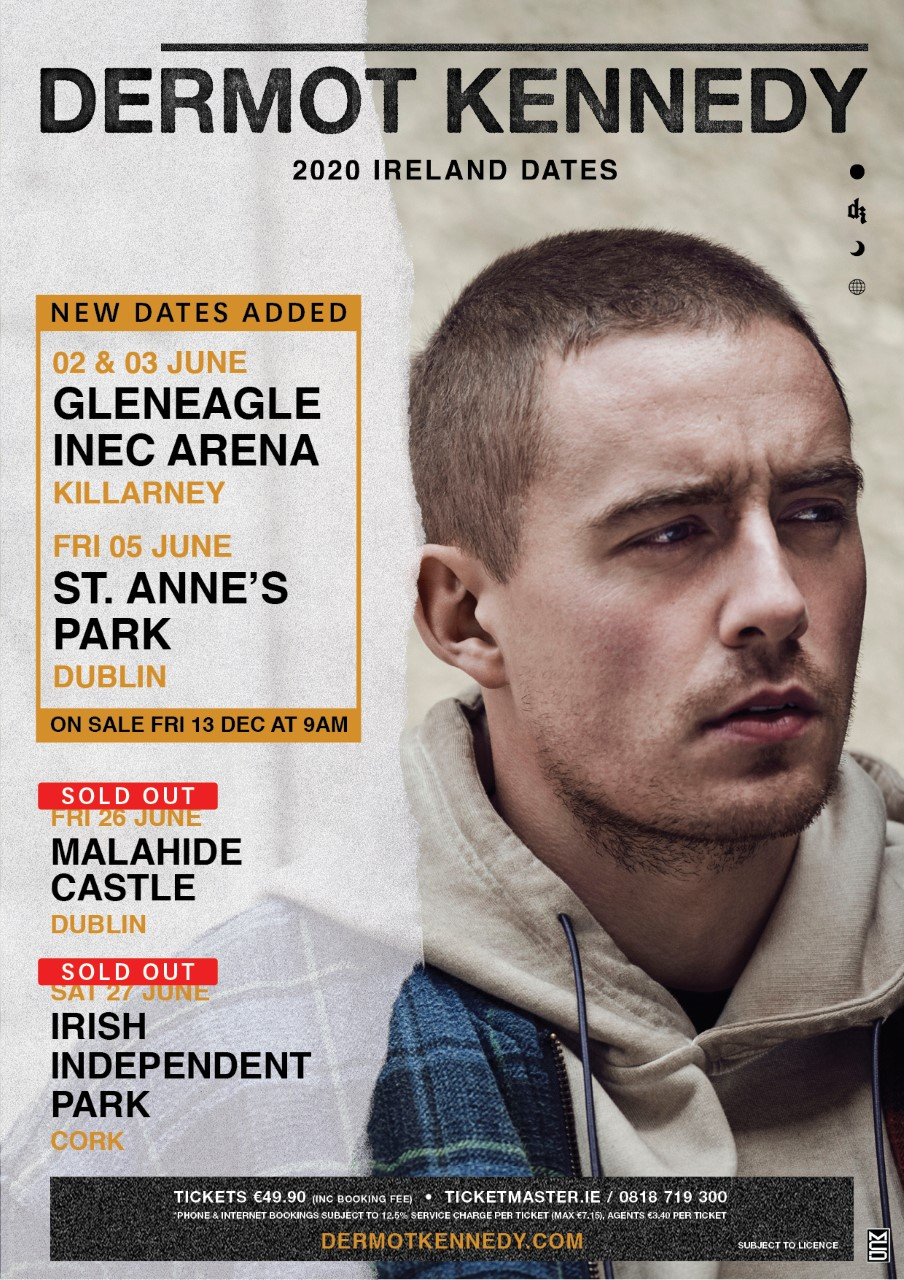 What's even more is he's sold out his upcoming shows at Dublin's 3Arena this Christmas.

He also released his debut album Without Fear earlier this year.

And he's embarked on a European tour playing sold out shows across the continent.

Speaking about his brand new album, Dermot says it's his best effort at, 'presenting myself to the world.'

'I wanted it to represent darkness and sorrow but also hope, and that battle between them, and the way that in life you’ll inevitably experience beautiful things and terrible things.'

Tickets from €49.90 go on sale Friday December 13th at 9am from Ticketmaster.