She shared the news on Instagram, teasing the title, How To Be A Boss B**ch.

'Hi Loves! I have a big announcement that’s dear to my heart and I wanted to share it with you all,' she began her post.

'Something super exciting is coming and I’ve been holding it in forever.'

'I can finally announce that it’s official, I am WRITING a book!' 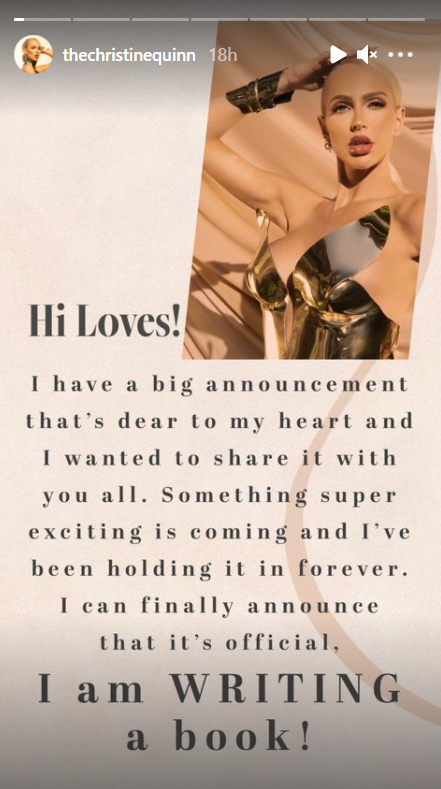 In her next Instagram Stories post, we're introduced to the title, How To Be A Boss B**ch.

She describes her book as a, 'part memoir, part manifesto calling for women to stop apologizing for who they are, what they want and how they look.'

It's based on her journey from dropping out of high school, to becoming an entrepreneur and TV personality. 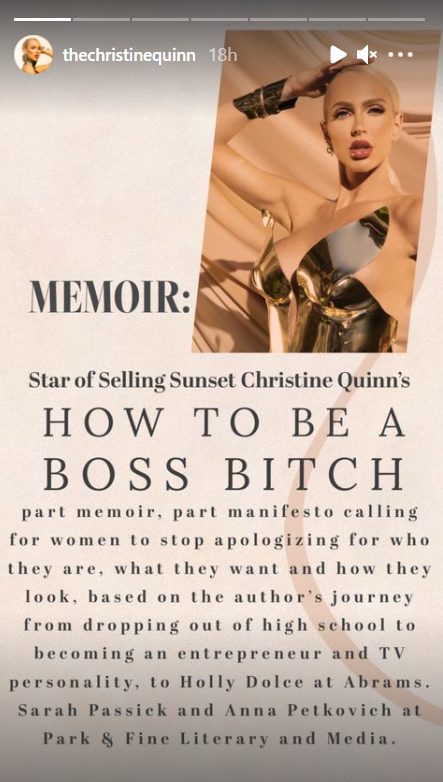 Meanwhile, filming on the upcoming season of Selling Sunset has officially begun.

We can't wait to see the gang back together again!

The Oppenheim Group is back in the office & filming on the upcoming season of Selling Sunset has resumed ☀️🥂 Credit: heatherraeyoung pic.twitter.com/n6TsGnDrm5

And we have no doubt there'll be plenty of drama to come.

There's already been arguments and disagreements between the stars since the last season ended.

For example, Heather's fiancé Tarek El Moussa told the Not Skinny but Not Fat podcast that, "Christine has a big mouth."

He explained, "She said some shi**y things about us."

"And that's about it. We're not really interested in dealing with her nonsense."

And when Christine announced her pregnancy news, she called out her co-stars for not showing their support on Instagram.