Phoebe Bridgers Gushes Over Paul Mescal Amid Rumours They're Dating

Phoebe Bridgers gushed over Paul Mescal in a new interview with Style Magazine.

It follows rumours the pair are secretly dating.

Phoebe was asked about her relationship with Paul during the interview.

However, as per the Independent, when asked if she thinks he's, 'hot,' she declined to comment.

It's after she posted a picture of him carrying a stack of pizzas on her Instagram Stories for his birthday. 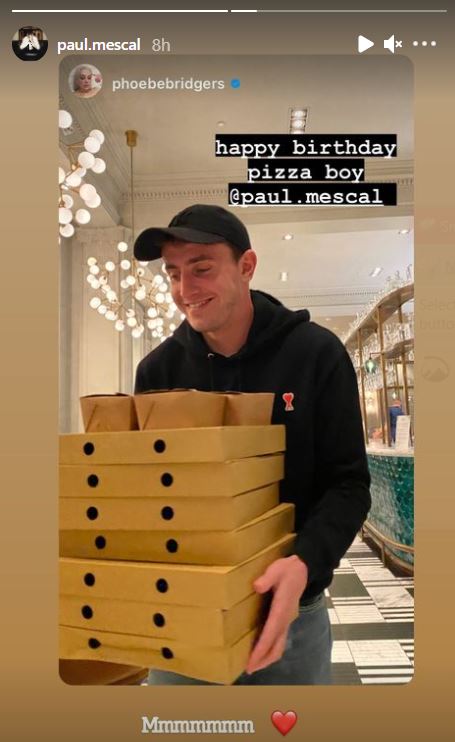 He reposted it to his Instagram Stories captioned, 'Mmmmmmm,' alongside a heart emoji.

This came shortly after he appeared in the music video for her track Savior Complex.

And in addition to all this, a source previously told MailOnline that they're an item, 'They're both smitten.'

The actor also gushed over his mystery girlfriend in a previous interview with British GQ.

He said, 'To have someone to lean on through such a mad, mad time has been invaluable.'

'Really, I don’t know where I’d be without her,' the 24-year-old confessed.

But hey, they could just be good friends.