I'm A Celeb's Myles Stephenson opens up about what was said between himself and Jacqueline Jossa in the jungle.

It's after reports emerged that he told her that he believes her husband Dan Osborne had an affair with his ex Gabby Allen. 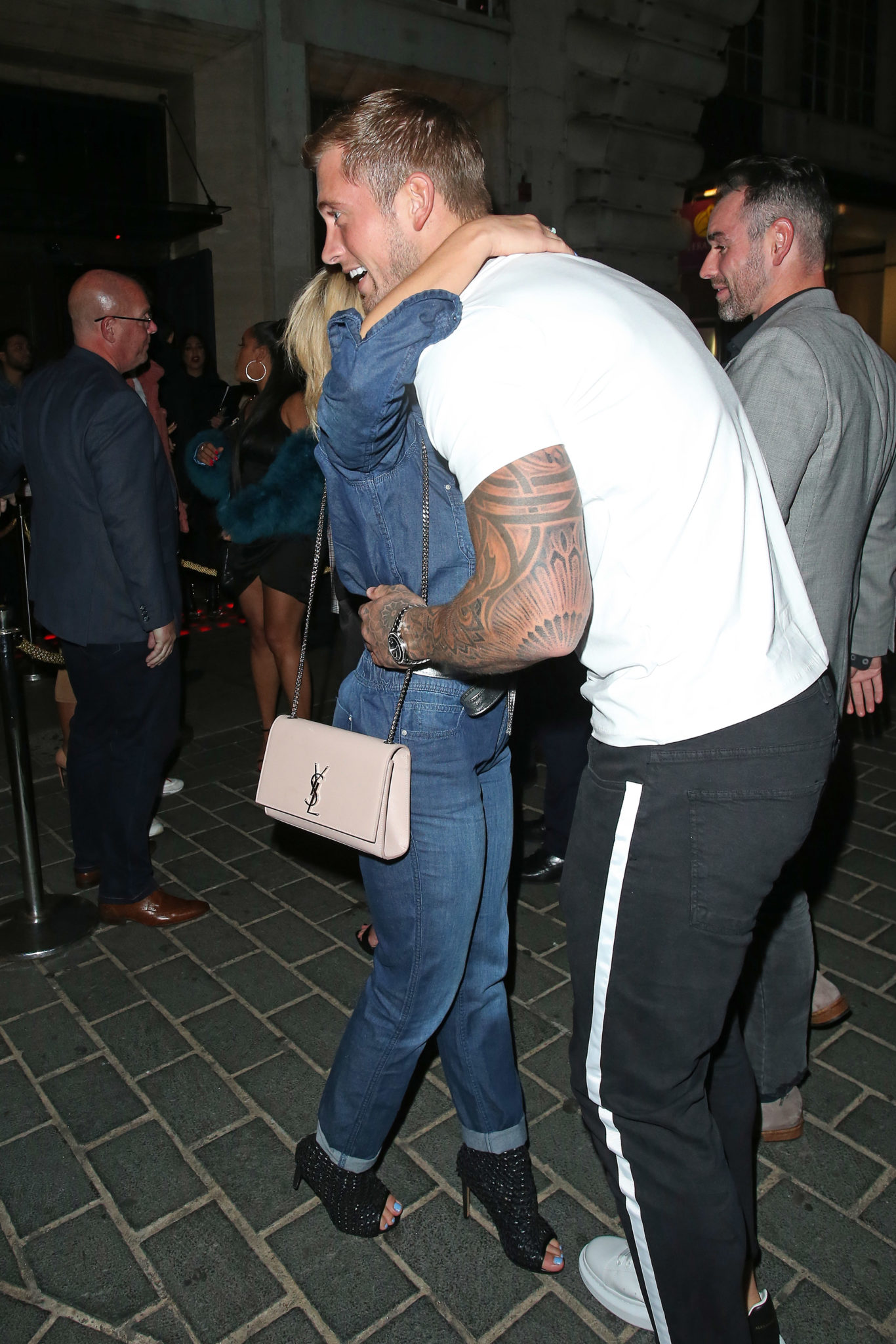 The Sun reports that soon after, Dan allegedly told his friends that he wants to, 'knock [Myles'] head off.'

Myles' response to this is, 'I’ve grown up with much scarier people than Dan.'

The Rak-Su member opens up to The Sun following his I'm A Celeb eviction.

'If you know you’ve done no wrong, why would you want to knock someone’s head off?'

Myles continues, 'He shouldn’t get his back up. It makes him look bitter and stupid.'

'If he wants to come and try and knock my head off it won’t end well.'

'One of us is going to end up in the nick and nobody needs that.'

When this interview took place last week, Myles was staying in the same hotel as Dan in Australia.

At this point, they hadn't come face to face.

He tells the outlet, 'He’s got two kids here. He should be looking after them.'

The singer believes Dan should knock on his door and talk to him.

'He’s here. He knew I was coming out of the jungle and he could’ve knocked on my door.'

'I’d have let him in. I’ve grown up with much scarier people than Dan.'

He goes on, 'You can make threats, it means nothing. This isn’t a game. I’m sitting here with my family now.'

'If you’re walking around all heated, in the foyer, we’re going to cross paths.'

Myles reveals what he said to Jacqueline in the jungle.

'There was a moment in camp when Jac asked about the situation.'

He explains that she quizzed him even further when they were on their way to a Bushtucker Trial.

'I spoke to her about it. I told her what I thought about the situation.'

He goes on, 'I told her, 'I’m only telling you because you’re already a sister to me.' If it was the other way, I’d want to know.'

'I also went on to tell her that, at the end of the day, I’m not a spiteful person.'

Myles takes a step back

It sounds like the Rak-Su member has decided to take a step back.

'I spoke to Jac about it and said, ‘Whatever you decide to take from what I’ve told is down to you and Dan.''

'I’ve got nothing against him. I said to her that if he tried something with me, it could go sour.'

'I’m not going to stand there and take punches, I’m going to fight back, but if he wants to talk, we can talk.'

Thankfully, it looks like Myles and Dan have gotten past their differences.

A source tells MailOnline that they met and have, 'cleared the air of any misunderstandings that have been reported.'

In pictures obtained by the outlet, the pair were pictured laughing poolside in Australia.

These allegations are the least of Dan's worries.

It Looks Like Zac Efron & Girlfriend Vanessa Valladares Are Engaged