It follows an ongoing feud between Megan and Wes' Dancing On Ice Partner Vanessa Bauer.

Speaking to OK! Magazine she blames Dancing On Ice bosses for pairing him with the 'youngest hottest girl.'

She explains why they broke up in the first place.

'Wes is younger than me and wrapped up in the fame bubble but I still love him, which is why it hurts so much.'

'Our ambitions and goals in life are very different.'

Wes takes part in ITV's Dancing On Ice and it's no secret that Megan is envious of his partner Vanessa Bauer.

'The fact that the producers deliberately stirred things up by partnering Wes with the youngest, hottest girl annoyed me.'

She also vents her 'frustration' with judge Jason Gardiner who called Vanessa and Wes a 'lovely couple' after one of their performances.

Following on from their split, Wes Nelson has been focusing his attention on his Dancing On Ice performances.

While Megan has been off partying with fellow Love Islander Samira Mighty.

She was all over headlines after their wild night out. 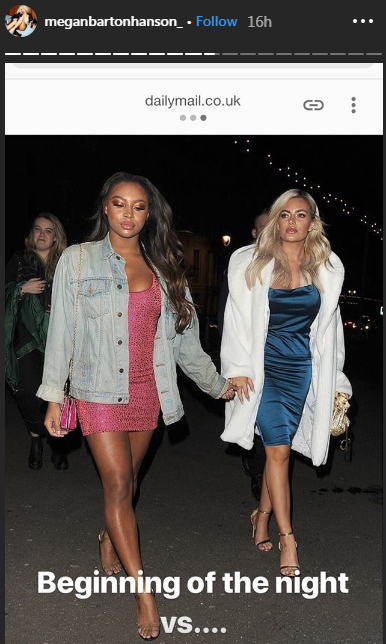 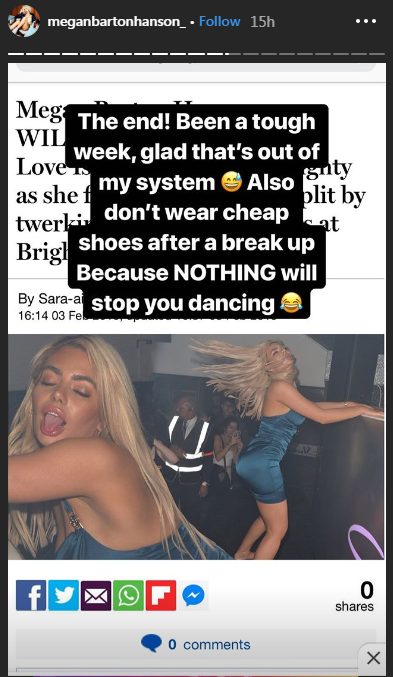 A source told The Sun, 'it’s been a difficult time for Wes after Megan announced their split last week.'

'Just when he thought it would get easier after the drama with Vanessa Bauer ended, he’s been faced with watching Megan go out and enjoy herself.'

'He’s been keeping himself distracted with his mates, but friends fear his skating might have suffered this week.'

Wes however, isn't alone. His bestfriend Josh Denzel is in the same boat.