Sofia Richie has a new man in her life.

She shared a series of photos with her closest friends, and in one of them, she's kissing Elliot.

Sofia didn't stop there, she also posted some cosy snaps on her Instagram Stories.

In one photo, she cups his face in her hands and cheekily smiles at him. 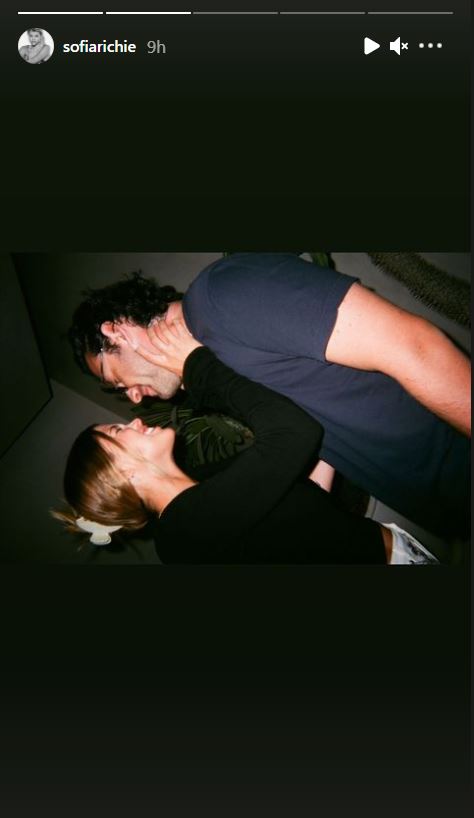 The couple sparked speculation they were dating last month, after they were spotted out together on numerous occasions.

But who is he? Well, it turns out Elliot is the founder and CEO of independent record label 10K Projects.

According to Us Weekly, he started by signing Trippie Redd and Tekashi6ix9ine.

Sofia and Elliot's romance comes months after her split from Scott Disick.

They had been together three years before ending their relationship, and he's opening up about it on KUWTK.

He claimed she gave him an ultimatum, and asked him to choose between her and his ex, Kourtney Kardashian.

"Then she literally said with an ultimatum, 'You have to choose me or Kourtney.'"

Scott has since moved on with 19-year-old model Amelia Gray Hamlin.

It had previously been reported that Amelia's parents were, 'skeptical,' about their relationship due to the 18-year age gap.

But her mother Lisa made it clear on Instagram yesterday that she's fully supportive of their romance.

Scott Disick & Sofia Richie's Relationship Is, 'Back On'

Here's Why Some Think Sofia Richie & Scott Disick Are Back Together