Jesy Nelson has made a comeback – to social media at least.

She returned to Instagram last night for the first time since deleting all of her posts back in August.

She posted to her Instastory saying, "Hello my beautiful people, I am back! I decided I needed a bit of a social media break and it did me the world of good."

"I promise you there will be music soon but wanted to make sure it was perfect! Keep your eyes out for some clues but it is coming early next year."

In 2020, Jesy left Little Mix due to the pressure of being in a group, saying "it has really taken a toll on my mental health."

What's Jesy Been Up To?

Since then, Jesy released her debut solo single Boyz in October 2021. She hasn't followed it up with any more singles and was dropped by her label last August.

The label claimed there were creative differences and they were unable to agree with Jesy on the sound of her new music.

She's been kept busy though with allegations of blackfishing over the last year. 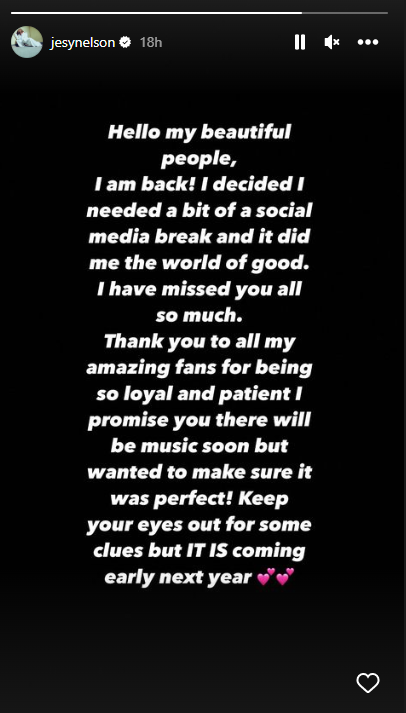 I wonder what Jesy will release next!