Evanna is best known for her role as Luna Lovegood in the Harry Potter movies.

Rowling faced serious backlash after she shared her confusion over an article discussing, 'people who menstruate.'

The 54-year-old commented, 'I’m sure there used to be a word for those people.'

'Someone help me out. Wumben? Wimpund? Woomud?'

After she was accused of being transphobic, she took to Twitter to defend her beliefs.

She wrote, 'I know and love trans people, but erasing the concept of sex removes the ability of many to meaningfully discuss their lives.'

'It isn’t hate to speak the truth,' Rowling added. 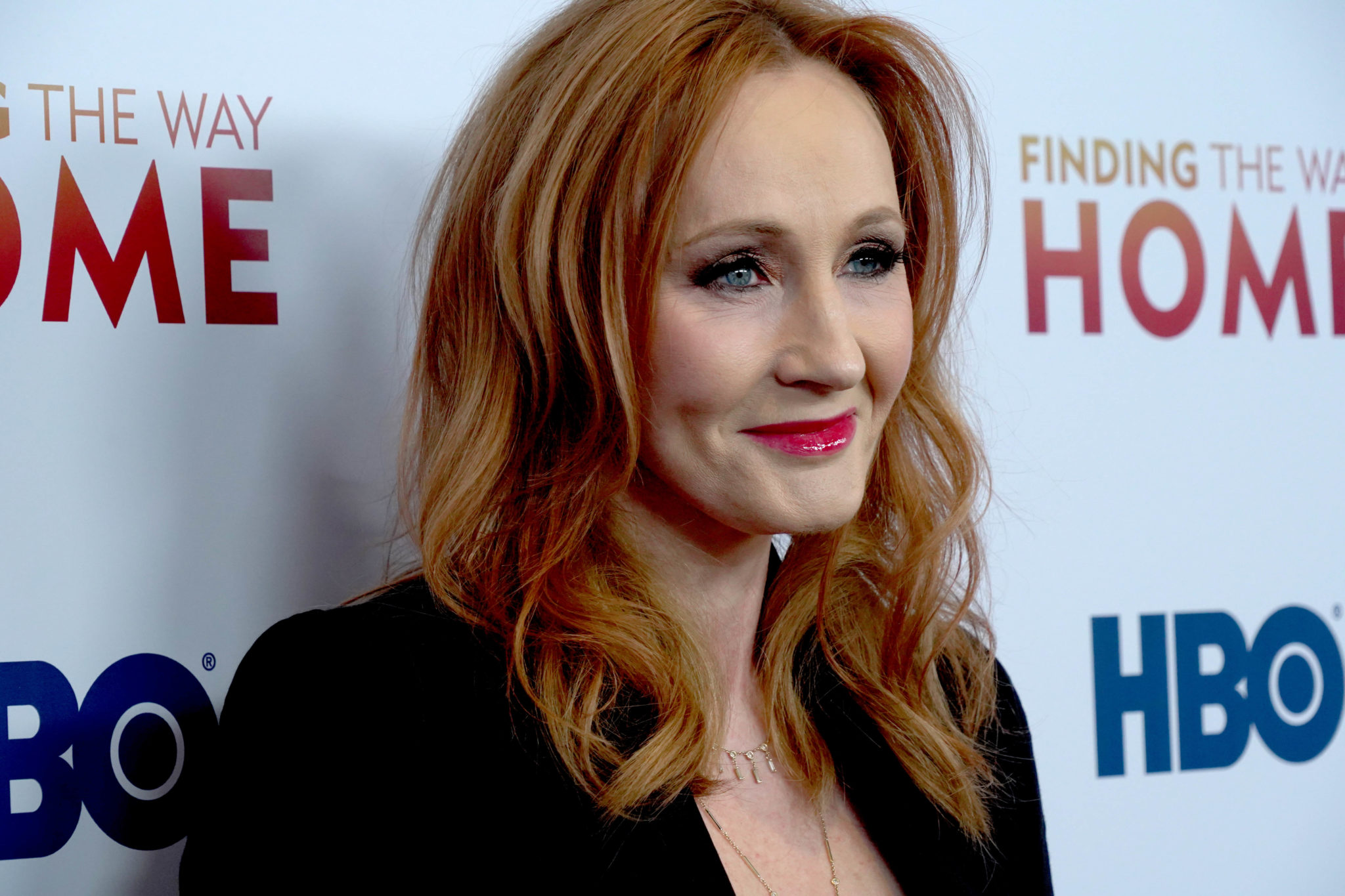 The author continued, 'I respect every trans person’s right to live any way that feels authentic and comfortable to them.'

She added, 'I’d march with you if you were discriminated against on the basis of being trans.'

'At the same time, my life has been shaped by being female. I do not believe it’s hateful to say so,' Rowling finished.

The Luna Lovegood actress released a statement on Twitter, sharing her thoughts on Rowling's tweets.

The 28-year-old began, 'I wanted to stay out of commenting on JKR’s tweets because it feels impossible to address this subject on Twitter but I am so saddened to see trans people feeling abandoned by the HP community so here are my thoughts.'

'I imagine that being trans and learning to accept and love yourself is challenging enough and we as a society should not be adding to that pain.'

Evanna continued, 'Feeling like you don’t fit in or aren’t accepted for who you are are the worst, most lonely feelings a human can experience and I won’t be helping to marginalise trans women and men further.'

'I applaud the immense bravery they show in embracing themselves and think we all should listen to their stories, especially as it is Pride Month,' she added.

Evanna wrote, 'Personally, I don’t think Twitter is the right place to have this very complex conversation and we should be reading articles and memoirs, listening to podcasts and having long-form conversations.'

'I think it’s irresponsible to discuss such a delicate topic over Twitter through fragmented thoughts and I wish Jo wouldn’t.'

'I can't forget what a generous and loving person [Rowling] is'

Evanna added, 'That being said, as a friend and admirer of Jo, I can't forget what a generous and loving person she is.'

'I am sad to see fans reduce Jo to her tweets and seemingly dismiss her incredible philanthropic work and her determination to help humanity.'

The Irish actress admitted that she believes Rowling is, 'on the wrong side of this debate.'

However, Evanna insists that this does not mean the author has, 'lost her humanity.'

She finished her statement by encouraging her followers to give themselves some space from social media.

Evanna wrote, 'I also think we should all be in therapy, not on Twitter tearing lumps out of one another.'

'I hope everyone is taking space away from social media and prioritising their mental health.'

'For now, I won’t be continuing this conversation any further on Twitter and will be offline learning to listen better.'

Here are my thoughts. Sending love to all. ❤️ pic.twitter.com/P30YHfnzBN

Evanna is not the first of the Harry Potter cast to comment on the author's controversial tweets.

Star of the franchise, Daniel Radcliffe apologised, 'for the pain [Rowling's] comments have caused.'