Holly Willoughby has revealed that Phillip Schofield sent her texts while she was in the 'I'm A Celeb' jungle that brought her to tears.

The pair have reunited for the launch of 'Dancing on Ice' and it's clear they've got a lot of love for each other. 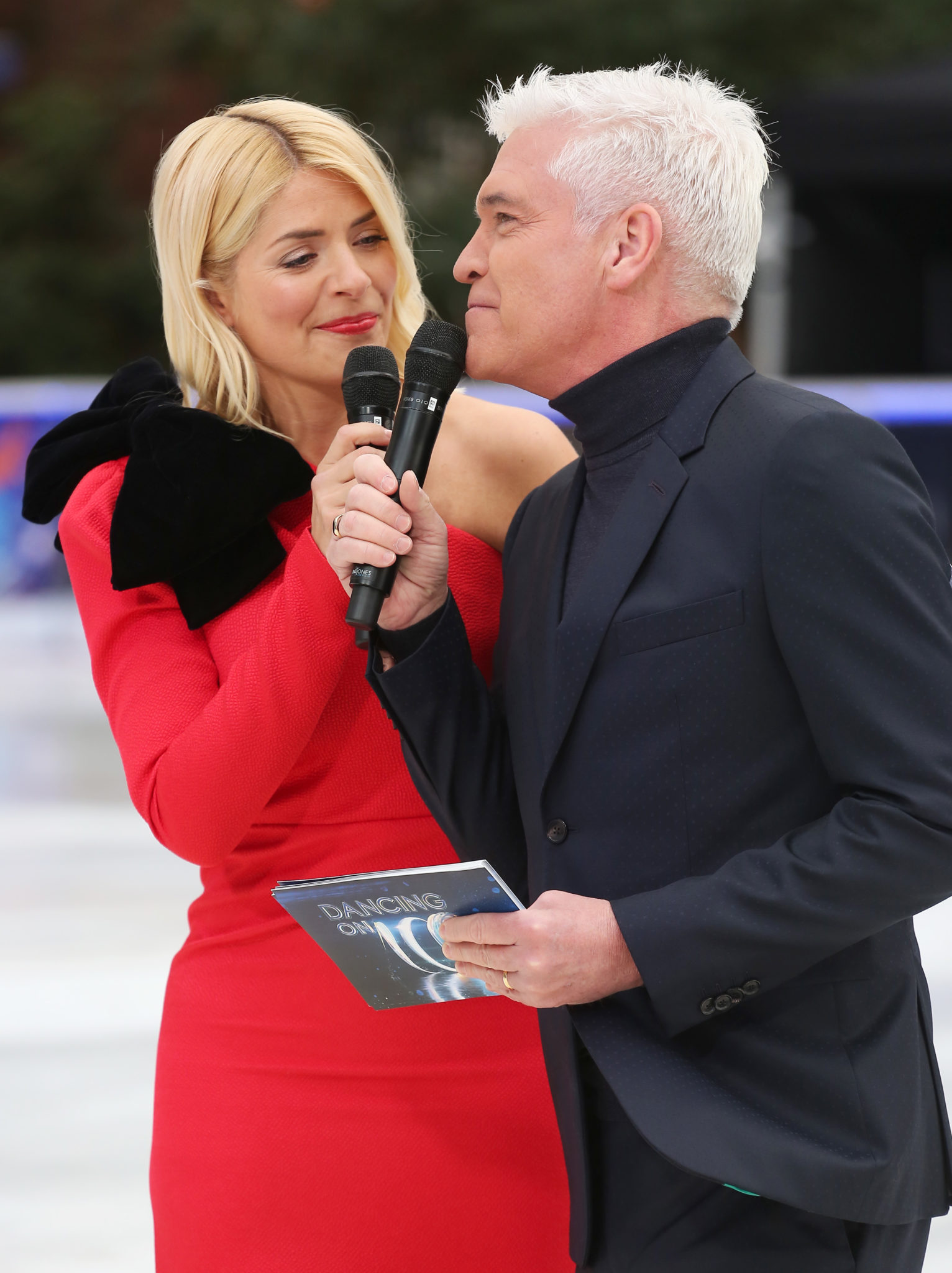 Speaking to MailOnline she said, 'Phil sent me a lovely message, I got lots of lovely messages, but there was one he sent me and I texted him back saying I can’t stop reading it.'

'It’s been great for me, but man she was so brilliant and I was very proud, she just made me howl with laughter.'

'When Joe Swash came on This Morning and Holly had already taken off, Joe said I don't know if anyone's mentioned to her when you take the plastic heads off the bugs fall down.'

'I waited the whole series for that moment!'

Holly said, 'We’ve been obviously texting and I called him but this morning I was like, "I can't wait to see your face!"'

Holly may have missed the festive season and her 'This Morning' co-host but one thing she didn't miss was the cold.

Phillip remarked, 'Holly said as we were standing in the middle of the ice rink with the wind blowing across: ''My God I forgot how cold it could get!'''

She also mentioned how Christmassy it is back home as opposed to Christmas in Australia.

'It didn't feel like Christmas time at all when I was over there, no Christmas trees, no lights no mince pies so since I’ve come back it’s just been an explosion of Christmas really.'

The pair also touched on the new season of 'Dancing On Ice'.

While Holly said, 'We’ve got a bit of a soft spot for this show because it’s where we met! And bringing a show back you hope everybody will love it as much as you do because its a special show.'

'It was obvious that people love it as much as we did, and then you just forget about that and get on with the show.'

WATCH: Holly Willoughby Shares How She Maintains Her Hair In Isolation