They shared the news in an Instagram Stories post last night, saying, 'Sober sober is the only way to be.' 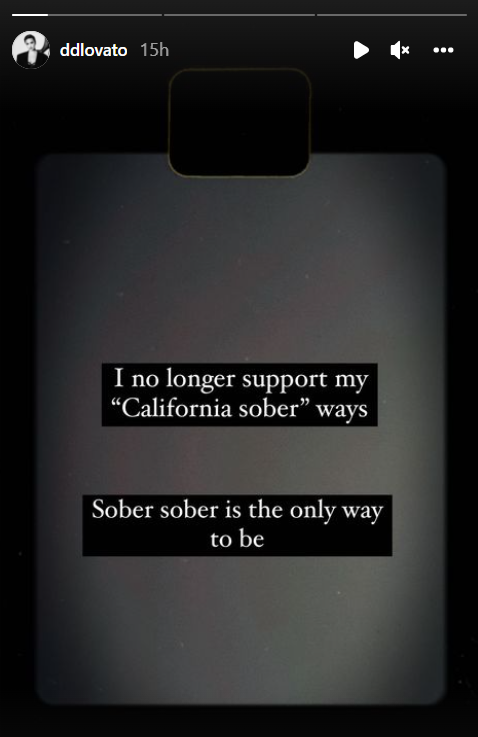 'California Sober,' generally refers to someone who uses cannabis, but avoids other drugs and alcohol.

Upon opening up about their 2018 overdose, the singer revealed they're, 'California Sober,' earlier this year.

Their comments received a mixed reaction, with some believing it's not an appropriate option.

During a chat on CBS This Morning, Demi said, "I think that the term that I best identify with is, 'California Sober.'"

"I really don't feel comfortable explaining the perimeters of my recovery with people because I don't want anyone to look at my perimeters of safety and think that's what works for them because it might not."

They continued, "I am cautious to say that, just like I feel the complete abstinent method isn't like a one-size-fits-all solution for everybody."

"I don't think that this journey of moderation is a one-size-fits-all solution for everybody, too."

Demi hasn't shared the reason for their change of mind.

Demi Lovato Thinks There Might Be Aliens Watching Over Them