The host takes to Instagram Stories to wish the team all the best with the new season.

Not long after this, it was revealed that Irish presenter Laura Whitmore would take her place.

And Caroline has been very supportive of Laura ever since.

Thank you @beautymagazineuk for asking me to host your awards !!!! thank you @asos for making me this dress and Thank you everyone there for just being so lovely . Felt like I was at home . Felt so nice . And thanks to my team ... the best in the biz ... @louisaboothwasmcdonald @nathan.charles.smith @styledbynana and @gemflossi

After her arrest, Caroline was, 'advised not to go on social media,' so her account has been fairly quiet ever since.

However, she broke her silence to wish the Love Island team all the best with the new season.

'Massive good luck to Laura, Iain and the team for tonight's launch show...' 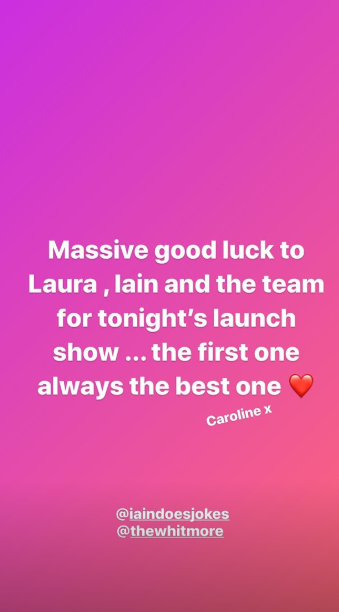 Caroline was arrested and charged with assault on her boyfriend Lewis Burton last month.

It followed a heated argument in the early hours of a Friday morning.

You can leave your hat on ... @mrlewisburton

The TV presenter took to social media shortly after the incident to announce her exit as Love Island host.

'I am committed to co-operating with the authorities and I can't comment further on these matters until the legal process is over.'

'Love Island has been my world for the last five years, it's the best show on telly.'

'In order to detract attention from the upcoming series I feel the best thing I can do is to stand down for series 6.' 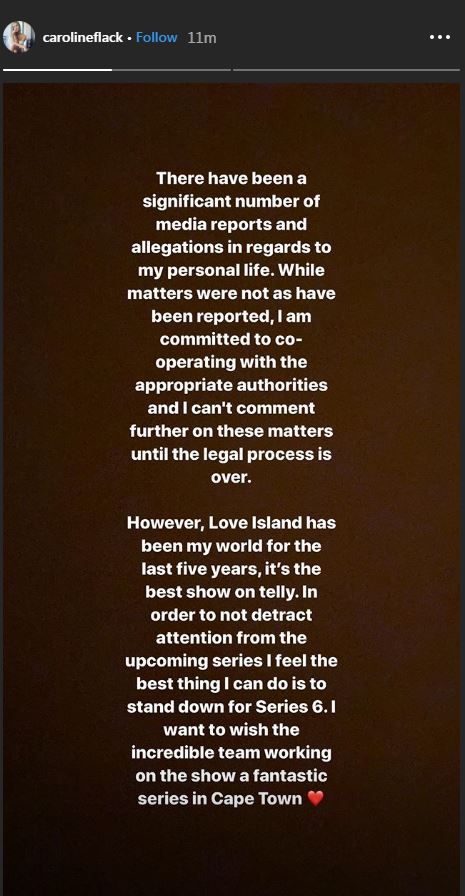 It's alleged he cosied up to another woman behind Maura Higgins' back on New Years Eve.