Armie Hammer's ex wife Elizabeth Chambers has broken her silence amid the ongoing controversy surrounding him.

It's after JustJared reported that Timothee Chalamet and Luca Guadagnino are working on a movie about a cannibal love story.

Luca directed Armie and Timothee's famous 2017 film, Call Me By Your Name. 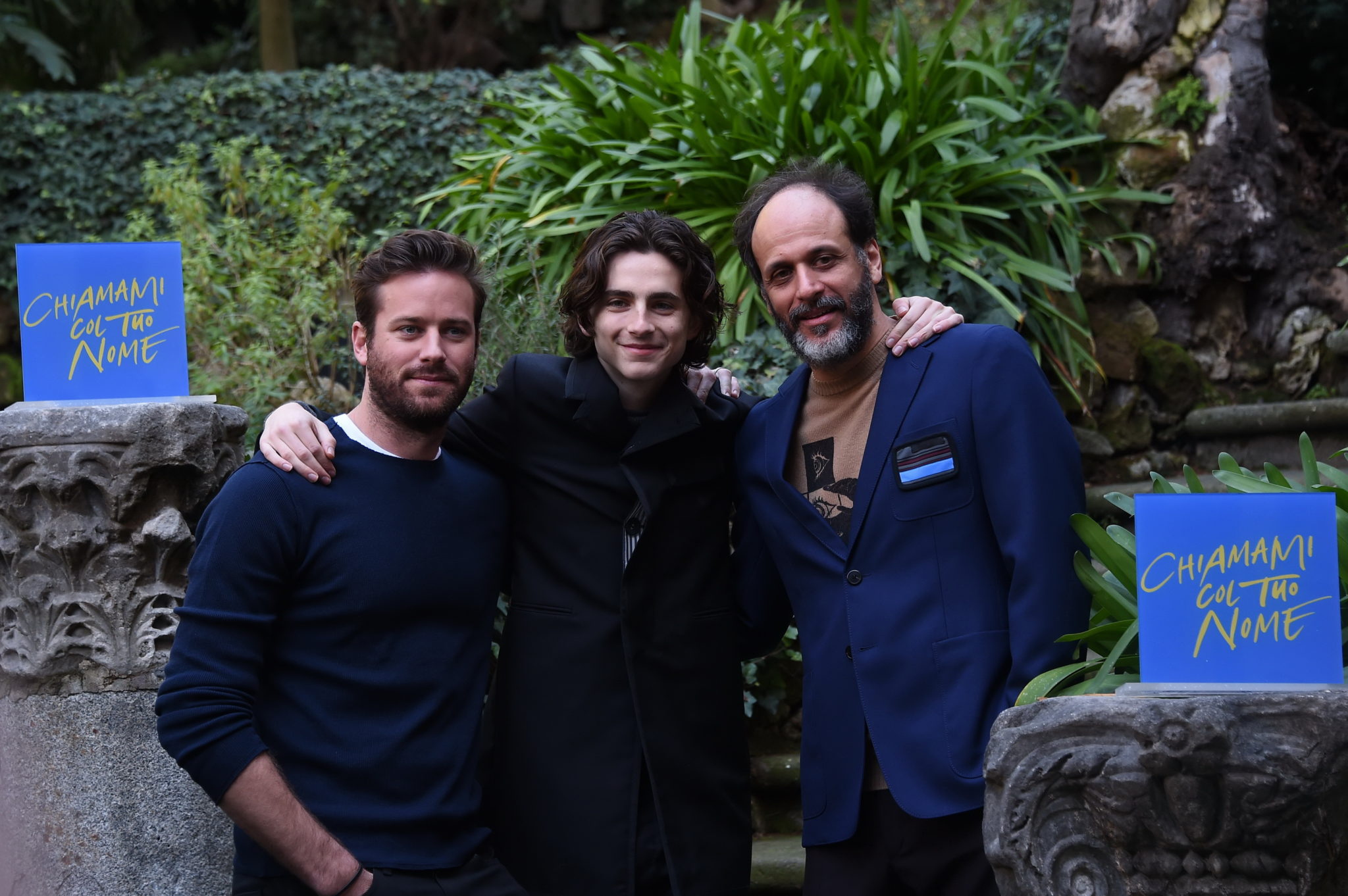 According to Page Six, the explicit texts described disturbing sexual fantasies of cannibalism, which have not been verified by us.

The actor has been making headlines ever since, and has subsequently pulled out of a number of projects.

Understandably, fans were shocked by the timing of the reports surrounding Timothee and Luca's latest project.

Armie's ex wife Elizabeth Chambers, who he separated from last year, was speechless after hearing the news.

When JustJared reported it on Instagram, she commented, 'No. Words.' 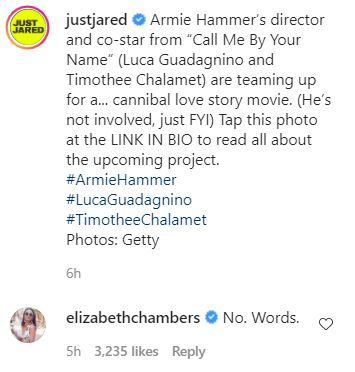 According to Deadline, the movie is titled Bones & All.

Timothee and actress Taylor Russell are reportedly in line to play the lead roles.

The outlet are describing it as a, 'horror-love story.'

This is the first time Elizabeth has made any comment following the allegations.

Elizabeth and Armie tied the knot in May 2010 and share two children together - a 6-year-old daughter and a 4-year-old son.

The former flames announced last year that they were separating.

She wrote on Instagram at the time, 'Thirteen years as best friends, soulmates, partners and then parents.'

'It has been an incredible journey, but together, we’ve decided to turn the page and move on from our marriage.'

'As we enter into this next chapter, our children and relationship as co-parents and dear friends will remain our priority.'